Welcome back to my series on how to successfully deliver a failed project. If you’ve not read the introductory blog post yet, it can be found here. We left off talking about communication and I’d like to dive a bit deeper into this topic if I may. 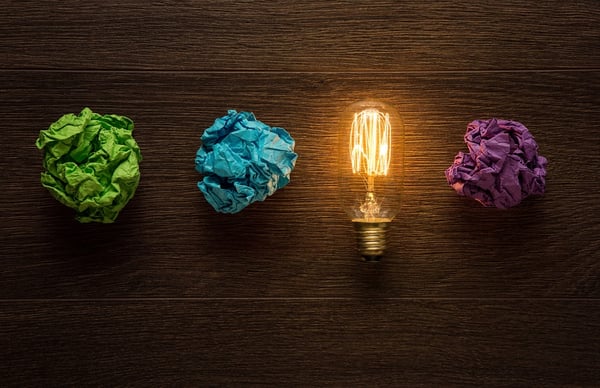 We all know communication is important but getting it right is often a challenge, even for people who do it professionally. In one of my earlier blogs, I talked about the UAT Guide document I give to my testers at the start the of User Acceptance Testing phase of a project. This document forms one piece of our comms plan and is designed to make it clear what needs to be tested and when it needs to be completed by. For the project I’m working on now, we are taking this to the next level.

We’re still using the UAT Guide, although I’ve made a number of improvements to it and made it part of our official Sprint Documentation Package. However, I’ve also added a few new approaches to communicating first with our testers and then our user base.

Webinars: We kick-off every UAT period with a webinar where we invite our testers along for a first look at the items we’ve developed in the current sprint. In a way, working from home has made this easier, as we can record the webinar for people to review later or for those who were unable to attend the meeting. The webinar simply walks our testers through the items we’ve developed and focuses on the items we’d like them to test. It’s also a chance for them to ask questions directly to the developers. We will often pick up one or two small things in these webinars to fix or things we didn’t even think of including in the new feature. This is exactly what you want from UAT. At the end of the webinar, the UAT Guide is emailed to all testers, which includes the very important step-by-step instructions.

Videos: In addition to the webinars, we produce a very short video, 2-3 minutes tops, for each item we want tested. We know that not everyone learns well by reading a long document of step-by-step instructions. So, the videos are just another means of conveying those instructions. Likewise, some of our testers aren’t keen on videos and really value the step-by-step document. The key to the videos is to keep them short and sweet. One video might cover logging into the app and another might cover opening a new file and entering a few bits of key information. These videos don’t need to be fancy or have a 10 second introduction complete with background music and a company logo splash screen. These are just for the testers and probably won’t be viewed again after testing is complete. For this reason, you don’t want to spend a lot of time producing these videos.

If you ask most YouTubers, they say it takes one hour to produce one minute of finished content. One can estimate that a twenty-minute YouTube video took about twenty hours to produce. The UAT videos do not require that level of editing. With a bit of practice, you should be able to produce a two to three minute video in 45-60 minutes and that includes wandering off in search for coffee.

I produce these videos in four easy steps:

Step 1: I video capture what I want tested and say the instructions out loud as I do it but I don’t record the audio. I only record the video but saying things out loud while I do it helps me gauge the timing, so I allow enough time between mouse clicks to explain what is happening.

Step 2: I load the video into my video editor and type out my script, word for word in a document as I watch the video play. I put every sentence on a new line and I put a blank line with a leading dash “-“ when the scene changes to a new stage. These dashes indicate the start and stop points of the audio clips. A 2-minute video might have 5 or 6 short audio clips.

Step 3: I then record the audio by activating the Voice Over feature in the editor and I just read the script, starting a new audio clip at each dash.

Step 4: I edit the video, trimming out places where there was a pause while the computer processed something in the background and lining up the audio clips at the right point in the video. Be careful NOT to accidentally clip or delete an audio clip! I then export and publish the video AND script to our shared UAT folder.

Pro Tip: If your video includes entering more than just a few words into a text box, put the text you’re going to use into a separate text document. Then, copy & paste the text into the box as you record the video. During the edit phase, cut out these scenes where you swapped apps to copy the text. This will not only speed up the process but will also ensure the text is reusable. A week or so down the road you might be reproducing this video at a higher quality for your customers and having this text in a file will save you from having to reproduce it again.

By this point, our UAT testers have seen a live demo of the new features. They have been given a step-by-step set of instructions complete with expectations and a due date. They also have access to a set of videos with a typed-out transcript. They have everything they need to successful carry out UAT and should feel confident to do so.

That’s what it’s all about! That is why we do all of this for our testers. If they know up front exactly what we want them to do, they’ll have the confidence to just get on with it.

In my next blog, we are going to look at creating a safe environment for success by allowing people to learn from their mistakes and successes.