As you might have realised the modern world is moving and developing at an alarming pace, change within our daily life is rapid, and just about everything we do in some way has been enabled by a computer and each application has been developed and (hopefully) tested. The desire to do more and do it quickly for less is forever in demand. Change is here to stay and organisations need to be ready to cope with the ever-increasing mandate for speed of delivery and first-class quality. 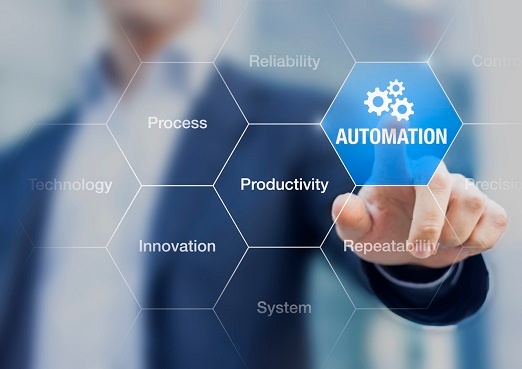 Adoption of new working practices and methodologies has meant that organisations are constantly challenging themselves to get products and services to market faster than ever and in doing so are now having to think very hard how this can be achieved, we all know that first to market get the spoils, so there is a lot at stake getting the delivery model right.

Organisations who push through their latest development too quickly and without performing due diligence, focus, and attention to detail will result in making avoidable mistakes and thus as a consequence will require even more time to complete the task satisfactorily. Automation is a great way to reduce time in the iteration or sprint but so many organisations get it wrong and spend unnecessary time and money in getting this right.

Automation greatly increases the speed of the testing process and shortens the testing lifecycle, automation never sleeps, so you can run scripts at any time of the day or night, along with running automation around a range of machines and platforms at the same time. Obviously, Automation test scripts run faster than executing them manually.

When your automation is running as and when you want, you can utilise test resources more effectively and apply their skills where they are needed most when they are needed, as automated tests can execute unattended with results being published at the end of the regression test. Allowing test resources to have a broader remit allows them to consider test services not always factored into projects, like performance and security testing.

Test Automation is a great way for you to increase your test coverage. Quite simply once you have a set of automated tests you can test how the software reacts under various configs and repeated execution of the same original test. Automated tests can easily be built up once you have the core tests in place, meaning that you can add tests in to the regression pack easily and build a larger test coverage quickly, which would be time consuming to do manually.

But before you begin on automating your tests, what you need to consider for each individual test is its return on investment. If the effort to create and run, outweighs the cost of doing this manually then we must question why you are spending time on this. With regards to running automated tests, then despite the fact it is automated there is a cost. While a good automation framework may allow regression runs to be kicked off by the click of a button and run unaided, there is still a requirement to analyse the results, and that does incur a cost—even if those results are summarised in a dashboard.

When selecting tests for automated testing then you should always start with creating a test that can be whole or in part used again, the reuse of automation tests already written should be marked as regression tests in the future.

When doing the analysis and design of our tests, why not mark tests that should be used for regression before the test case is even written? The regression test simply gets scripted as an automated test immediately. This saves on both preparation time to write the test, plus the test execution that may happen manually until it gets automated.

In addition to being selective about what is created as tests, some care is required about which tests are executed especially in Agile projects. With the increase in communication and collaboration between business analysts, developers, and testers, it is possible to target testing to what has just changed as you know what the potential impacts on tests that have already executed and passed for that feature.

There should be a task on your to-do list detailing continuous review of your regression tests to ensure that they are still providing the benefit to your project that you expect. As situations change over time, consider which regression tests you want to retire and which need refreshing.

Proper maintenance of automated tests can have a significant impact on your delivery. Keeping automated tests that are no longer required or of little value just wastes time and effort. Additionally, if you aren’t measuring the coverage your regression tests provide, you may be spending too much time for little benefit. Consider the value of your automated tests as you create and manage them.