Don't be a Mob Boss: A Safe Environment for Failure

Today we welcome back our popular guest author, Renee Mineart.

In my previous blog on this topic, I introduced a few ideas that might improve your communication with your UAT testers and how to set expectations on what you want them to do. 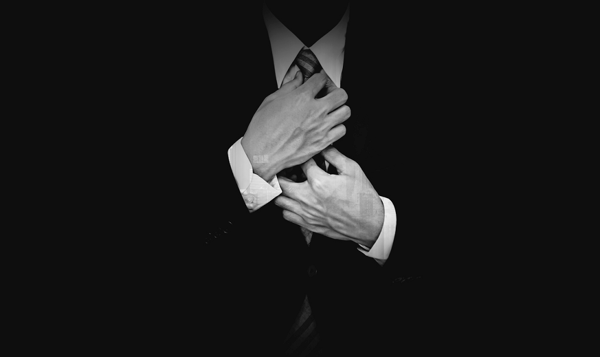 I’d now like to expand on this and explore the ways you can provide a safe environment for failure in order to promote success. To do this, I’d like to take you back in time to 1990.

In 1990, I was a young Airman in the United States Air Force stationed here in the UK. I was in the Civil Engineering Squadron and had recently completed a long technical school where I learned draughting and surveying. I had two, very small stripes on my arm and a lot to learn about life.

I must have been a promising recruit, because the Commander of my squadron, Lieutenant Colonel Burns, for reasons I’ve yet to learn, decided to take me under his wing. I’d been stationed on the base for about a year when he asked me to get more involved in a few construction and renovation projects.

My very first project was the renovation of the visiting officers’ quarters. It was in a building built just after WWII and was in dire need of a makeover. The reason this project sticks out in my mind after so many years, is because Col. Burns made the time in his busy schedule to guide me in my decision-making on this project. It was an important project, because every officer visiting the base, from Lieutenant to General would be staying there.

I remember walking over to the building with him one morning and meeting our carpet contractor and discussing in length what carpet to use in the lobby, hallways and rooms. We spent that afternoon thumbing through catalogues selecting the perfect chandelier for the lobby.

At every step in the project, Col. Burns offered his advice and recommendations, but the final decision was mine. Granted, I had to back up that decision with my reasons and justifications as to why I chose what I did, but it was me making the decisions. Although this building was important, it’s not like anyone would die if I picked the wrong carpet.

But the key is, if we’re never allowed to make decisions, we can never learn how to make good ones, or even how to tell a good decision from a bad one. The saying is true, we learn from our mistakes. But we also learn from our successes. What we don’t learn from, is doing nothing. People need to be encouraged to make decisions, be it good or bad, in a safe environment where the bad decisions won’t do catastrophic harm.

You see, Col. Burns didn’t teach me that a carpet with a borderline pattern works really well in reception and hallways, (as long as the hallway isn’t too narrow) but should never be used in bedrooms. He taught me how to reason out and decide for myself which style of carpet to put in each location.

Not long after this project finished, we started our next season of war games. War games lasted six or seven days, during which time we’d simulate the base being attacked, played by Tornado jets from a neighbouring RAF base that would strafe our airfield at high speed without warning. As civil engineers, it was our job to repair the base after it was “bombed” by these simulated enemy forces. Again, Col. Burns took me under his wing.

He reassigned me from being someone sat in a rapid response vehicle on the airfield, waiting for an attack, and put me in the control centre. After we were bombed, it was my job to coordinate the repair teams (200+ people with heavy, earth moving equipment) and get the runway and taxiways repaired as quickly as possible so we could launch a counterattack.

Again, I was making the decisions. I was the one on the radio directing teams along the safest route to their destination, avoiding unexploded bombs, while establishing priorities and coordinating which teams did what to meet the base’s overall objectives. With each war game we played, Col. Burns advised me less and less, until one day he was able to be out on the field watching the teams work, leaving me alone in the control centre running the entire operation.
What happened when I got something wrong? I learned from it. What happened when I got something right? I learned from it. But the point is, I was given that safe environment and encouragement, to make decisions that I could learn from.

If you want your team to be a success, if you want to be able to give them a project and have the confidence that they are going to do a good job with it, then you have to allow them to make decisions. The only way they are going to learn to make good decisions is by sometimes making bad ones and that should be OK.

We don’t live life in a gangster movie. In a gangster movie, if you make a mistake, the mob boss shoots you. Although, today it’s more likely they’ll tweet something bad about you. But the point is, mob bosses don’t encourage mistakes.

I reached out to Col. Burns, now a retired 4-star General working in the private sector, a few years ago via LinkedIn and thanked him for his mentorship all those years ago. Don’t be a mob boss, be a Col. Burns and let people make mistakes. You’ll see far greater success as a result.