Women in IT - My Experience

Today we welcome back our guest writer Renée Mineart with a new blog on Women in IT.

Have you ever been in a meeting where others would constantly talk over you whenever you try and raise a point? Or had something you said been completely ignored by everyone else in the room? Do you struggle to be taken seriously by your teammates when proposing highly complex solutions?

If you experience any of these conditions on a regular basis, then you might be suffering from being a Woman in IT. Now, you might think this isn’t a real issue or is no longer a reality. Surely, we have, in the 21st century, moved beyond these outdated attitudes towards women. If you think this is no longer an issue in the workplace, then you should probably think again. 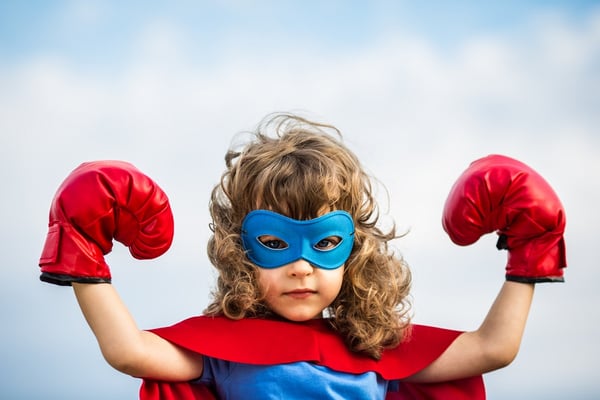 Some organisations have clearly progressed a lot down the road of equality but some companies still struggle with this issue. Not all that long ago I applied for a Team Leader role at a fairly well-known, global company. When I wasn’t invited back for a second interview, I was told off the record that they were concerned that I wouldn’t fit in. Specifically, the team I was to manage was all young males, in their 20s and the banter could get pretty intense. They were also all gamers and the interviewer was worried I’d struggle in that environment - being a more mature woman and all.

Of course, the interviewer didn’t know that I’d spent nearly a decade in the U.S. Air Force so I can banter with the best of them and I’m a bit of a gamer myself. That 20-something geek computer culture is actually right up my alley, despite all outward appearances. Maybe what his team really needed was an experienced mother-figure to reign in and mature his team a little, while also being able to relate to the things they were passionate about. Maybe I was his perfect solution but all he saw was an older woman who probably wouldn’t get on with his younger male team. Although slightly offended at the time, I’m much happier where I am now. The organisation I work for is VERY forward thinking when it comes to the inclusivity of not only women but the entire LGBTQ+ community as well. Equality is a major theme where I work and I’m actually a member of a committee aimed at promoting equality in the workplace.

Nearly 1/3 of the IT department I work in is female, although we don’t have any working in hardware support roles. But we do have a number of women developers, project managers and software testers. In fact, our lead tester is a woman and we have women in our leadership team as well.

According to a Dec 2019 Computer Weekly article, only 16% of the UK IT Industry is made up of women and it has been that way for the past 10 years. There is an initiative to get this up to 30% but it is slow going. The article states: “While many expect more women to enter the sector in 2020, there are many reasons why women currently avoid it, including misconceptions about the kinds of roles that exist in tech and a lack of visible and accessible female role models in the sector.”

But why is this important? Why do we need to focus on, have a drive to recruit and retain more women in IT? Well, the article goes on to say: “There are benefits to increasing diversity in teams – diverse teams tend to be more innovative, teams with diverse thought are more likely to build products that reflect the widespread customer base they were serving and when people feel they can be their whole selves at work they tend to be more productive and creative.”

Seems like a win-win situation to me. But how do we make it happen? How do we break down these gender barriers in IT?

In an article by My Computer Career, women make up about 25% of the U.S. technical sector. When these women do leave the field, many do so because of unfairness: “Unfairness or mistreatment within the work environment was the most frequently cited reason for leaving, with 37% of the sample indicating that unfair treatment was a major factor in their decision to leave their company.” You thought I was making up the bit about being a woman means being routinely talked over in meetings. It’s sadly a reality.

Personally, I don’t want to live in a world where a woman telling you to “turn it off and back on again” carries any less weight than a man saying the exact same words. But yet, that is the world some of us live in and it’s unfortunate. It’s unfortunate because companies that don’t strive to hire, retain and promote diversity in the workplace are missing out.

Although, I would argue it’s not all the fault of companies. If girls in school aren’t being encouraged to study mathematics and sciences, they won’t want to study it at university. If they aren’t graduating with degrees or completing apprenticeships in technology-based fields, they aren’t going to be available to hire.

As someone who sits on the other side of the interview table a lot, it’s tough when you have ten candidates for a post and nine of them are men, to justify hiring the woman just because she’s a woman. At the end of the day, you need someone in the role that can do the job, regardless of their gender.

However if we, as companies, promote an inclusive work environment and promote the many great advancements made in technology by women, then maybe we can get more girls interested in the field. Maybe, the next time I interview people, there’ll be five men and five equally qualified women to choose from.

In conclusion, there are a number of things we can do to promote women working in IT and thus improve the diversity of our company and the products we produce. On a personal level, we can learn to respect the women we work along-side, we can learn to keep our unconscious biases in check, and hopefully then, we can take onboard everyone's opinions fairly. On a corporate level, we can strive to first hire, then train and promote women internally to more senior roles. On a national and social level, we can celebrate women who have made great strides in IT and show young girls that nothing is beyond their ability just because they are a girl.