It’s fair to say we’ve all been in a situation where we’ve encountered a regression issue; whether that be taking your Christmas lights out the box having not used them for a year, only to discover a tangle of wires, you unpick one tangle and that leads to another one forming, or when you tick the box for paperless bills from your well-known utility company only to still receive paper bills…. some two years later. 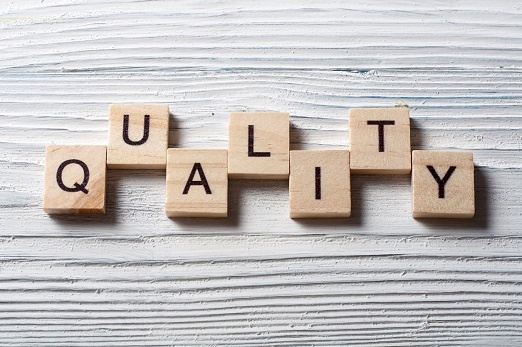 That to some degree is why regression testing is required, you fix one thing or add a new bit of functionality, but you need to check that everything else associated with it still works as expected. It’s great that you have a box to tick, but make sure the resulting outputs or associated outputs work as they should. Regression testing increases our chances of detecting bugs caused by changes to a software and application either through enhancements or defect fixes.

We all know that in an ever changing and fast pace world, things need to be done quicker. Not only to save costs but consumers of all things need products and services at a touch of a button and assurances that they all cater for their needs first time without fail. Companies are faced with many dilemmas, costs, do a project on the cheap and risk delivering a shoddy project, time, do it right but take too long and your market saturation will be behind your competitors, quality, rush a project out the door and risk introducing operational and productions defects.

Automation greatly increases the speed of the testing process and shortens the testing lifecycle. Automation never sleeps, so you can run scripts at any time of the day or night, along with running automation around a range of machines and platforms at the same time. Obviously, automated test scripts run faster than executing them manually.

Once your automation test suite is up and running as and when you want, you can utilise your test resources more effectively and apply their skills where they are needed most when they are needed. Automated tests can be executed unattended with results being published at the end of the regression test, allowing test resources to have a broader remit, which allows them to consider test services not always factored into projects, like performance and security testing.

Regression Testing and creating a robust set of reusable tests is key to addressing the old dilemma of cost, speed and quality. Providing a framework of carefully chosen tests to run on demand and ensuring existing functionality is not disturbed by newly introduced changes to the software platform is essential.

You should ensure that the following has been thought through before considering and creating your regression test plan. Firstly, select which test cases should be included in the test suite and which ones are suitable for automation, how long each test will take to build and run and as a suite of tests and finally always look at the output of the test execution to ensure that constant refinements are made to ensure maximum optimisation. An ROI exercise is also recommended to ensure that effort involved in creating the regression test pack stacks up against your business objectives.

Adding new tests each release cycle to the regression pack is essential to creating greater coverage and adding to the assurances of delivering software into production. There is a cost to regression testing even when set up, but this cost is negated by all the benefits it brings in reducing the time to market, the time testing takes to execute the tests and the overall cost saved by automation. The greatest saving though, is your company reputation. Just imagine your company suffering a software glitch and says orders can’t be placed, or online transaction fail to work, the reputational damage could run into millions, it could cost you customers or even a regulatory fine.

Good luck with the Christmas lights and don’t leave software changes to luck, fully regression test your application to avoid issues in production.

nFocus have a proven range of automation services to support your adoption or improve your existing automation. These include a Readiness Assessment, Health Check, Consultancy and Managed Services. Visit the website today to learn more.