Today we welcome back our guest writer, Renée Mineart.

Rear Admiral Grace Hopper (1906-1992) was one of the first computer programmers in the world and she is the reason why we write code today with words, not zeros and ones.

Hopper wasn’t just one of the first developers in the world, she was also the first hacker, computer technical author, tester and considered the ‘Godmother of COBOL’. 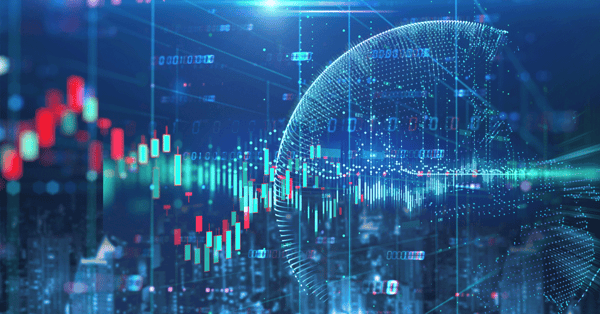 She also popularised the term 'debugging' after finding an actual moth that had gotten into the Mark II computer in 1947, which brought it to a grinding halt. Once the dead bug was removed, she taped it into her logbook next to a note saying: “First actual case of a bug being found.”

Hopper earned her PhD in Mathematics from Yale University in 1934 and was just one of 30 women that were awarded PhDs that year. I don’t mean 30 women at Yale, I mean 30 women across the entire United States that was awarded a PhD in 1934!

When WWII broke out, Hopper tried to join the Navy to support the war effort. She tried three times and each attempt was denied until she finally got accepted in the Naval Reserves. First, she was denied because of her age, she was 34 years old at the time. Secondly, her weight to height ratio was too low. The third reason was her work, teaching Mathematics at Vasser University, was considered too valuable to the war effort. Despite all of that, she didn’t give up and eventually was accepted into the military.

Once she got in, the Navy didn’t want to let her go! She retired for the first time in 1966, after servicing 23 years. In 1967, the Navy asked her to come back for six months to help them to check the compiler she invented was working correctly, as she was the only person in the world that understood it. That six-month contract ended up lasting for 4 years, until 1971.

After that, she was again asked to come back and consult for the Navy in 1972 (they really couldn’t get enough of her), which lasted until 1986. During this time, she was promoted to Rear Admiral. In fact, she was one of the very few female Admirals in the Navy at the time. The Navy even named a warship after her, the USS Hopper, an Arleigh Burke-Class guided missile destroyer.

In 1944, as a young Lieutenant in the Navy, Hopper wrote code for the Harvard Mark I computer at Harvard University. The Mark I was 51 feet long, 8 feet tall and weighed in the range of 10,000 pounds. The computer consisted of 500 miles of wire with 3 million connections and 3,500 relays. It was essentially, the world’s largest calculator as it could only solve mathematical equations. Such as the complex equations that John von Neumann entered to work out the resulting explosion from an atomic bomb.

“Code” was entered into the Mark I via punch cards. Sometimes, when her boss would submit a hefty stack of cards, Hopper would go through them and remove any code she thought wasn’t needed. She’d do this by putting a piece of tape over the holes in the punch cards so the computer would skip over that piece of code. Her improved code would run faster and produce the same results and as such, she became the world’s first hacker. Whenever they would find a mistake in the code, they would also put a piece of tape over the hole and this was called ‘patching’ the code. Sound familiar?

As a side note, the first job she was assigned to do was to write the book on how to use the Mark I computer, making her the first technical author to write a computer manual.

Hopper had an idea that we could write code using English words instead of holes in punch cards. If we could do that, then maybe computers could do more than just solve complex equations. She wrote some code that she called a ‘Linker’, which we’d consider to be a 'Compiler' today. This linker program converted code written in English to machine language. The very first computer language she developed, to be used by her complimentary, was called FLOW-MATIC.

In 1959, Hopper served on a committee that developed COBOL, which was based on her FLOW-MATIC code. COBOL is often considered the first proper programming language and is still used today. In fact, 70% of all the programming languages we use today have their roots in what Hopper developed.

Grace, as a commander, was quite stern. But as a person, she was funny and loved a good joke. In fact, she had a clock in her office that ran backwards, just to confuse people when they met her for the first time. After she and her husband divorced, she didn’t tell anyone and continued to wear her wedding ring, preferring to let people believe her husband simply died in the war.

Hopper also popularised the phrase, “...it’s easier to ask forgiveness than to get permission.” It’s reported that everything in her office when she was in the Navy was “liberated” from other branches of the military, the Army, Marines, whatever, as long as it wasn’t the Navy. She also believed that software should be free. It was fine to pay for support but she thought the software itself should always be free.

Grace once appeared on the David Letterman show, a clip of which, along with some of her lectures and various documentaries can be found on YouTube.
Suffice to say, as developers and testers, we owe a lot to Rear Admiral Grace Hopper.