The thing I most enjoy about my job as a Test and QA consultant is delivering organisational change. This usually involves increasing test maturity and I’ve been extremely fortunate to have had the opportunity to do this kind of work with many clients - from multinational investment banks and utility suppliers to small software houses. Delivering organisational change allows me to be creative, operate on a macro scale, influence decisions and work with people on an emotional level. This is very different to, and is a refreshing change from the regular testing, test planning and test management that is the bread and butter of a test consultant. I find it fun, interesting and challenging. 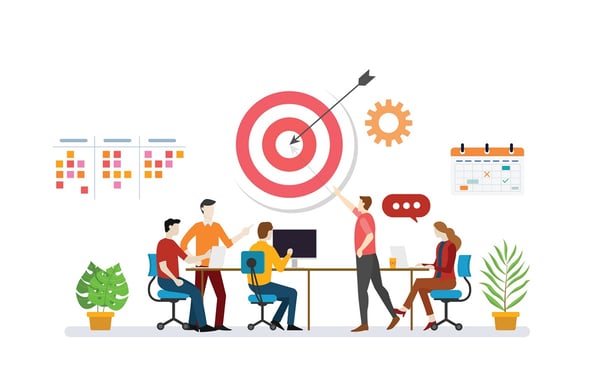 Organisational change is very emotional for the people impacted by it. When it comes to testing – many, many people are impacted. The testers will usually need to behave in new ways, with new tools and processes. The developers, BAs and PMs will often need to change their processes and behaviour too. The business and users will also need to modify their behaviour, whether it be in the way they allocate their budget, provide requirements, get in involved in UAT or defect triage. It’s widely recognised that change is rarely welcomed and in my experience, the well-known and often referenced Kübler-Ross model, accurately describes the emotion and behaviour of those impacted by large scale change. Interestingly, this model was originally used to describe a series of emotions experienced by terminally ill patients after being told of their prognosis but it has been adopted by change managers worldwide. Even more interesting is that according to Wikipedia, “...although commonly referenced in popular media, the existence of these stages has not been demonstrated and the model is not considered helpful in explaining the grieving process”.

The stages I usually see are:


This is (kind of) shown nicely varying over time in what is known as the Kübler-Ross change curve.

There’s no doubt in my mind, that the most important part of successfully increasing test maturity, is the management of organisational change. Also the most important part of successful organisation change is influencing the impacted individuals, connecting with and understanding their emotions, recognising and accepted their psychology, feelings and behaviour.

The stages referred to in the Kübler-Ross model don’t always apply to everyone impacted by change, and like everything in life, there’s a spectrum. I always try to identify people as either a supporter or a detractor of the change. It’s the detractors that typically need to move through the emotions and stages identified by Kübler-Ross and I try to lead them through this. However, it’s really important to recognise that individuals can’t be pushed along according to a timescale or project plan. Emotions are illogical and personal and everyone processes things at their own speed and responds differently to any given situation. “Everyone is different” is an important mantra when it comes to leading change. That said, I’ve developed an invaluable skill of being able to quickly identify a person’s personality type when I talk to them which helps me predict how they will react to specific situations. There are many models, largely based on Carl Jung’s observations that can be used and it doesn’t matter which one works best for you, as long as you understand it well. It took me years of reading, coaching and practise to develop this skill. If you’re not familiar with personality profiling, I can recommend a few to look into:

Some people will be happy to sit on the fence and simply accept what’s happening without supporting or detracting from the change. To further complicate things, some people will support some of the proposed changes and not others. This group of people are critical to success and must not be left behind. They bridge the gap between the supporters and the detractors and if they can be brought on board with the change, they can help influence the detractors. If they’re not brought on board, they will join the detractors. This, obviously, needs to be avoided if you want to succeed. It’s not necessary to win the hearts and minds of all stakeholders but, eventually, you do need the balance to be in your favour.

Use Workshops to Win Hearts and Minds

It’s important to allow the voices of all those impacted to be heard, otherwise their progress through the change curve will be curtailed. I tend to break the rules of “good” workshop facilitation by not following a rigid structure and by allowing topics where there’s a good level of debate and discussion to run on. I think it’s important to let people air their grievances and voice their opinions. Not only can we all learn from good debate but the discussion acts as a good mechanism to help people prove their thoughts and emotions – and it’s this that moves through the stages identified by Kübler-Ross.

Furthermore, I’m not so conceited that I believe my testing improvement suggestions are beyond reproach so the debate acts as an excellent way to modify the plan and gives a platform to those that might not always have the opportunity to influence the change. Sometimes, the expectation of my clients is that the big decisions will be made and implemented by the senior stakeholders and board members. However, it’s so important to win the hearts and minds of the impacted team members and they must be engaged every step of the way. I therefore push back on this expectation and encourage as many workshops and interviews as time allows. Without exception, each and every workshop has proven to be invaluable for information gathering, idea sharing, solutionising and influencing stakeholders.

In my next blog post, I’ll go into more detail about the mechanics of identifying and implementing the necessary changes of increasing test maturity.