Alan Turing - The Father of the Modern Computer

Continuing with the theme of legendary people in world of computer development, we have Renée Mineart back with a blog about Alan Turing. If you haven't read it yet, check out her blog on ‘Pioneering Coder Grace Hopper’.

Alan Turing - The Father of the Modern Computer

I’ve always wanted to write a piece about Alan Turing (1912-1954), another hero of mine in the development of computers and this seems the perfect month in which to do so. 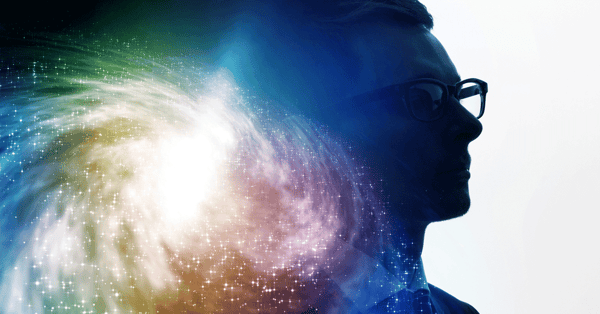 I’m sure most people reading this know that Turing is considered the father of theoretical computer science and artificial intelligence and was sometimes called the 'Father of the modern computer'. Turing received his Ph.D. in Mathematical Logic from Princeton University in 1938 and was elected as a Fellow at King’s College, Cambridge for his work on probability theory. He devised what later became known as The Turing Test to determine if a machine is ‘thinking’ or not and he was credited with the shortening of World War II by two years, saving 14 million lives in the process by breaking the German’s Navel code machine, Enigma.

Turing was also a gay man and as LGBTQ+ history month is winding down, what better time to highlight his achievements.

Turing was bullied at school and if alive today, he would probably be diagnosed with Asperger’s Syndrome. As an adult, he had to hide his sexual orientation from his friends and colleagues, something that later got him arrested and tried for being gay. He was put on hormone altering drugs for a year instead of being sent to prison. This allowed him to continue work on his projects but did mean he could no longer work for the Government Communications Headquarters (GCHQ) and was stripped of his security clearance. Being gay was considered a risk to national security because if our advisories found out you were gay, they could blackmail you for information.

I often wonder, what more could Alan Turing have achieved in life if instead of being bullied and persecuted for his sexual orientation, all aspects of his life were accepted and supported. We can then expand this thinking to other members of the LGBTQ+ community who have had their lives cut short or options for happiness and prosperity reduced because of who they love or what gender they are. How many geniuses and great artists and performers have had their life cut short because of people not accepting them for who they were?

Imagine your company is wanting to purchase some Software as a Service (SaaS) or hire in a company to carry out some software testing, a UAT project or development work. You google the best companies, send out tenders and schedule demos. After weeks of work, you finally have a winner. The best product at the right price, a good company with a history of great customer service. They tick all your boxes. You then present your proposal to the CEO of your company, who immediately says 'no, not them'. When you press for a reason, the answer you get is, “I don’t like the colour of their logo. Too much green.” Wouldn’t you walk out of their office, shaking your head in disbelief?

I know I would. I’d probably go to my desk, log onto a job board and start looking for my next challenge because, that’s ludicrous. To not go with the perfect option because the company used green in their logo. But, we as a society have been doing that for generations.

The sad reality is that there is no such thing as “us and them”. It’s a social construct designed to fuel hatred, division and war. There is only “us”. All of us together on this large rock, thinly veiled with a layer of oxygen hurtling through space.
Instead of division based upon arbitrary and uncontrollable attributes, we should be seeking out ways to unite humanity for the greater good of all life on this little rock of ours that we call Earth.

Diversity is strength. Diversity in the workplace brings different perspectives into one room and expands brainstorming exercises. It also increases creativity, whereas sameness breeds sameness, people from different backgrounds and different perspectives breeds creativity. Also, when you reduce the fear of discrimination in your company by having strong, inclusive polices, you improve the performance of everyone in the company.

Diversity is also good for your brand’s reputation and global impact. Openly diverse companies are seen as progressive market leaders. I am proud to work somewhere with a thriving LGBTQ+ community and the organisation strongly promotes equality. I feel free here, I feel like I am allowed to be me and I want to contribute to our mission. I want to do my best for my company because my company is doing their best for me. That’s what acceptance is all about.

What more could Alan Turing have accomplished if instead of hiding a vital piece of who he was from the world, he had been accepted by the world for who he was?