No Code Web Development - Is No Code Coding devaluing Developers?

No Code Web Development - Is No Code Coding devaluing Developers?

Way back when I was learning to use computers and write my first code, we interfaced with our computers via the command line and wrote our code in BASIC. I even remember saving my programs onto cassette tapes before my school upgraded to the much easier to use, 5-1/4” floppy disks. 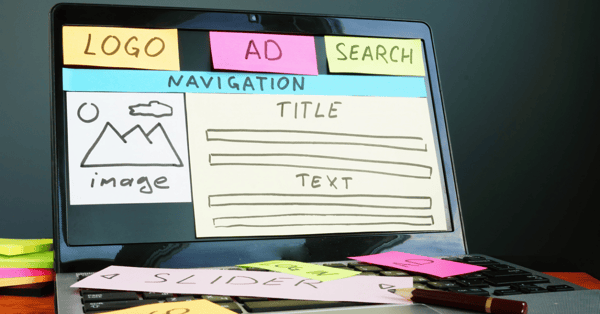 This was before the concept of a mouse and long, long before the Graphical User Interface was a thing. It wasn’t quite the dark ages but if that’s the image you are conjuring up, you’re probably not far off!

Back then, you had to be a pretty full-on nerd to understand computers and make them do cool stuff to impress your friends and family. Granted, the bar for impressing people was pretty low, just owning a computer was often impressive enough. I believe the first computer game I owned was Wizardry, which was massively big. It required two 5-1/4” disks that were each a staggering 1.2MB in capacity, double-sided of course.

Computers have moved on a bit (a lot!) since then and have become ubiquitous with our daily lives. We interface with computers so often now and in so many different ways, it would be science fiction to my 1980's self. In fact, much of it was science fiction. Dick Tracy’s watch comes to mind as I look down at my own Apple Watch, which blows the science fiction watch of the 1980's out of the water!

The act of writing code is going mainstream too and I’m not 100% sure how I feel about it. As a creative person, I enjoy the ease of use with no code systems. I recently redesigned a friend’s website for his sailing school, rebuilding it from the ground up. I could have written it all in HTML, CSS, JavaScript etc., and hosted it on the web. Instead, I went with a no code option and used one of these ‘do it yourself’ sites where website design is largely a matter of dragging and dropping elements onto the page and arranging them graphically.

One of the main reasons I used this option was because I knew my friend would want to update the site himself on a weekly basis, so editing had to be super user-friendly. That, in my mind, sums up “no code” systems really well - they are user-friendly. That said, with my developer hat on, I cringe every time I see an advert for no code web development sites.

One of the great things about the internet is that it's open to everyone. Anybody can create content and publish it for all (or at least most) of the world to see. With app stores linked to our phones and tablet devices, anyone can write and publish applications to the world as well. It’s easy and I’d even say much of it is user-friendly.

As a writer, I’m debating whether I want to become an Indie Author and not only write my novels but publish them too. Do I want to publish them via the traditional method of finding an agent, publisher and have them appear on bookstore shelves? There are pros and cons to both paths and this is very similar to the code/no code question.

This is because there is more to publishing a book than just writing 80,000 words and putting it on Amazon. There’s a cover to design, certain fonts need to be used, formatting issues, author’s photo, blurbs to be written, marketing etc.

Like with traditional publishing, traditional software development is a complex process but it is also this complexity that produces a high standard of output. Sure, anyone can build a website but can they build a good site?

Is no code coding devaluing developers? I suppose, I could also ask myself if Indie Authors are devaluing agents? When I publish the novel I’m currently working on, I will probably use a hybrid approach. I will self-publish the novel, do my own marketing, cover design and formatting but I may reach out to an agent for things beyond my ability, like translation to other languages, world-wide marketing and the ever elusive TV and movie rights to the book. (It might be a pipe-dream, but it’s my pipe-dream.)

This is the approach I took with my friend’s website as well. I used a no code, graphical site to do most of the heavy lifting of the development. Nearly all of the content was built using the no code system but I added custom HTML code for things like the newsletter sign up and registering for courses. I also dug deep into the settings to fine tune the SEO keywords and I did a ton of testing on a range of platforms and web browsers.

I suppose, to conclude, I think no code web development and software has its place and getting more people interested in development, by making it easier, is a good thing. For sure, anyone can develop and publish a website but should they? I don’t mean to sound elitist but there is a lot of value gained from understanding and using formal developer practices. There are reasons why we do Black Box Testing, Regression Testing, User Acceptance Testing (UAT), etc.